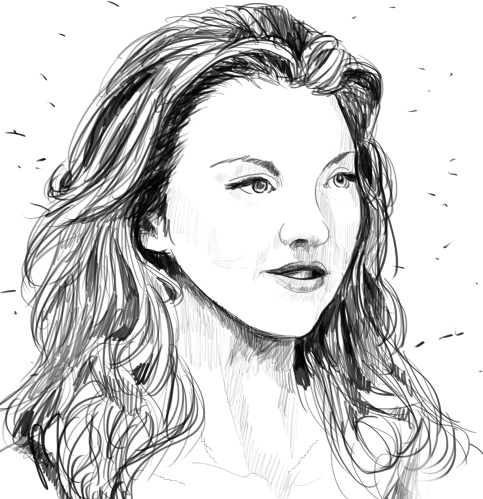 I have subscriptions to Crunchyroll, Funimation, Amazon Prime and Netflix. I also have a shameful collection of Blu-ray box sets. I’ve spent hundreds, close to thousands of pounds (£) on Manga and Light Novels. I can only guess, but I would surprised if I have spent less on these products than the average consumer. I feel it’s necessary to assert this, because conversations around piracy can become quite combative, with one of the first shots being “you don’t want to support industry workers then?”. This is also not going to be a shield however. If you think I’m making a misstep, please feel free to call me out on it. I want to say that Piracy is never a first resort, nor do I think my defense of piracy is a call to stop paying for media. No, what I’m concerned about is the permanence of anime as an artistic product.

You see we live in a vastly different world than the markets of 10, 20, or 30 years ago. As audiences skew younger television is dying, or at least losing its throne, turning profits towards new media platforms. This is at least part of the reason why streaming services have successfully been able to fill the gap left by the mid 2000s market crash. To generalize, the notion of watching online straight away with an aim to collect later has become the consumer norm. While I don’t dislike the simulcast culture this has been born from, it does happen to come with its own set of complications.

Much like the rise of digital games, people crave that immediate access, standing well apart from the hassle of physical retailers. It provides a newfound ease of access that can be given credit for the rising interest in anime among western audiences. Where before your viewing tastes were defined by what was immediately available in store, now with the presence of online streaming you have seemingly unlimited control, able to define media consumption in new and exciting ways.

While I personally understand the fervor, I have a personal hesitancy about such developments. Call me old-fashioned but I have always been reluctant to accept the idea that when you ‘buy’ a product or service, what you’re really doing is borrowing it at the companies discretion. It might be fair to say that Steam won’t suddenly take away your games, or that Crunchyroll won’t block your access, but the fact that it’s even possible unnerves me. As subscription services and online libraries fight for your money, the underlying theme is of “peruse our collection” and I don’t like that.

Because the current climate isn’t friendly towards inclusive viewing. You can blame the publishing industry or the broadcasters, I don’t pretend to know the intricacies on that side of the table, I only know that it has been harmful. Region locking sees companies such as Netflix create a system of have & have-nots between US and EU viewers. Economic life support sees others hold onto the licenses that they have stored up, yet fail to turn a profit on, condemning anime to limbo along with the company. On the other end of the spectrum nearly every show in a given season will be simulcast, with shows getting harvested for the recency bias seasonal viewing has engendered, making it a coin flip on which ones will actually get a DVD/BR release.

Right now, the only permanency promised with these factors taken in to account comes with the limited physical releases, that trend towards pricey collectors editions for the purpose of artificial exclusivity. Simply put, even if all the anime I watch were available physically, the cost of owning all 450+ of them would break the bank ten fold. If ownership is exclusively retained by the copyright holder, I’m concerned about what happens to anime in the foreseeable future. If new shows hold higher value over old ones, will we see businesses drop their licenses for lack of interest? They are already reluctant to pick up older shows that aren’t established classics, so does that imply a not-insignificant amount will be lost to the ether? How about whether region locking will continue to see non-US regions blocked from partaking? Most importantly, with anime entirely in the hands of corporations, who is to maintain a historical archive of artistic accomplishment within the medium?

This is why piracy, and in particular torrenting, holds so much value to me. I simply don’t trust that streaming services are a reliable platform to preserve anime, while still keeping them available in a way that museum exhibits and libraries simply can’t. Too late will people realize that the affordable opportunity we have to view anime today is distinctly evanescent. Just think of how many films and shows before the new millennium are now lost forever thanks to throw-away society. While that might not matter to bob from down the road, you cannot underplay how important that loss has been. Do we truly want things to continue that way?

Piracy might be an unjustly abused practice, but it gives a certain degree of control back into the hands of the general public, who unlike Crunchyroll or AlltheAnime, might not have the huge bags of money required to truly ‘own’ anime. Instead of surrendering to the turbulent whims of the economy, consumers can take the first steps in protecting the future of the medium- today. In terms of maintaining history, we have the means to do what our ancestors could not, so it would be an adamant shame if we let it go to waste.

I don’t wish for people to treat archival as an excuse to never use local providers, but I also reject the outright condemnation of piracy as redundant and regressive. A modern tool against unavailability is something we will sorely need as the transition into the internet age continues. The case made here might not have the authority to account for all the components that take anime from paper to screen, but I hope I’ve made a fair argument if you ever doubted my earlier statements. At the very least understand that for-profit organizations will never care as much about sustaining art as you might.

9 thoughts on “Piracy for History”